A friend once told me

that a true conversation 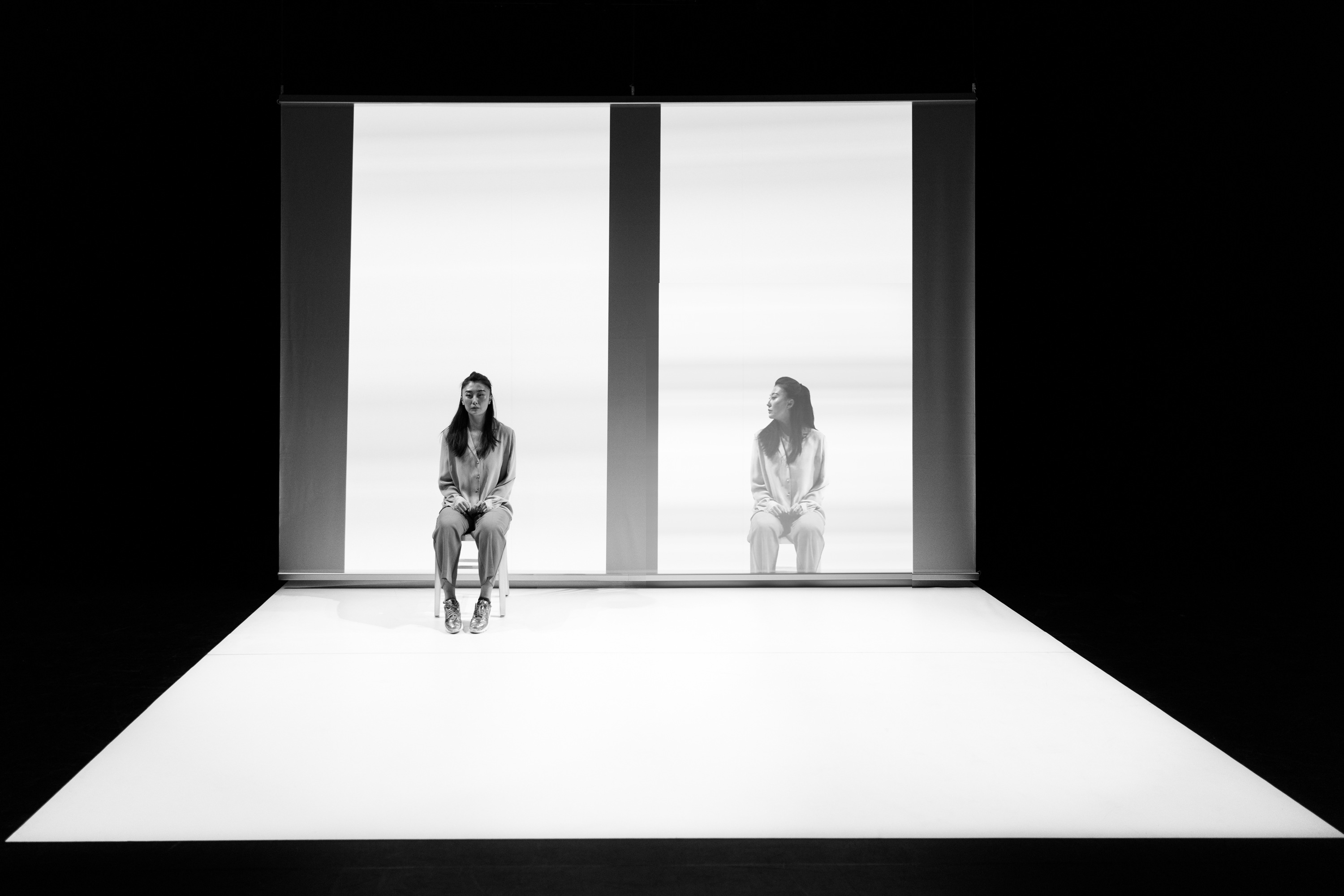 PHASE: PREMIERED ON NOV 5, 2021 AT THE NEUROVERSE FESTIVAL AT NEW YORK LIVE ARTS

This is me, talking to my future. A double, made of echoes and reverberations.

Doppelgänger is a duet manufactured out of time delay.
A real-time stream of the performer is algorithmically manipulated as it appears in a life-size projection. The resulting duet vacillates between a simple canon of delayed repetition and the illogical sense that the live feed is responding to the past or perhaps even anticipating the future.

Created for Mongolian-born choreographer NiNi Dongnier, Doppelgänger interrogates a life lived in migration, where migration has become the sine qua non for both physical and emotional survival.

A life lived in migration is one of parallel lives, immeasurably displaced by the measurable distance between people and versions of self.

And so I converse with past and future selves as if they are old friends existing in the present.

A real-time stream of the performer is algorithmically manipulated to create a time-delay in a life-size projection of the stream. The delay manufactures the illusion of a duet when in fact it is simply history repeating itself.

The algorithm is at times a fixed delay of time, at times driven by the variability of the performer’s movements and in the penultimate scene of the piece, recovers moments from the opening sequences of the performance as the performer moves through a series of postures that echo what has come before.

The live performer’s movements are tracked using MoveNet, a Tensorflow.js machine learning model for pose detection and classified with a KNN classifier.

The project was produced by Media Art Exploration (MAX). Special thanks to Media Commons of New York University.